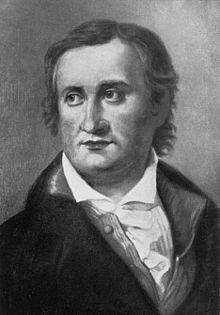 Thomas Seebeck was a Russian-born German physicist remembered chiefly for his contribution to thermoelectricity. In 1821 he discovered that if two strips of different metals were joined in a loop and the two junctions were maintained at different temperatures, an electromotive force (e.m.f.) was produced that was proportional to the temperature difference. Today, it is called the Seebeck effect. Seebeck falsely believed that the conductors were magnetized directly by the difference in temperature. His discovered was neglected for many years, but is the basis of the modern thermometer. Seebeck also studied the polarization of stressed glass.