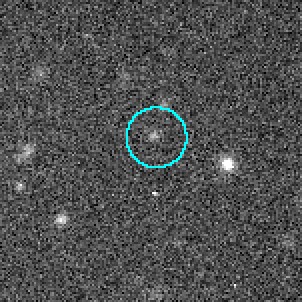 Stephano is the twenty-first moon of Uranus in order from the planet. Stephano was discovered, together with Prospero and Setebos, in 1999 by Brett Gladman, Matthew Holman, and J. J. Kavelaars using the Canada-France-Hawaii Telescope and given the temporary designation S/1997 U2. It is named after the drunken butler in Shakespeare's play The Tempest and is also known as Uranus XX. Setebos is a small, irregular moon with a highly inclined, retrograde orbit.