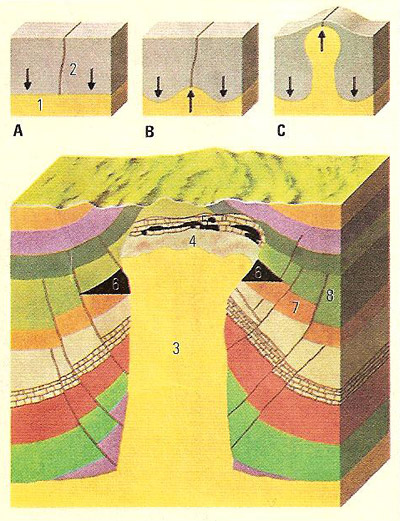 A salt dome, also called a diapsis, is a mass of evaporite minerals which has pierced the strata above it and domed the strata near the surface. The flow of the relatively plastic salt into a dome may be the result of a difference in density between the salt and the overlying rock, but the process is not completely understood. Salt domes often form natural traps for petroleum, and occasionally penetrate to the surface to form salt glaciers.