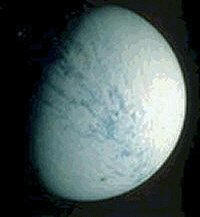 Snowball Earth is a situation in which Earth was glaciated and the oceans frozen from pole to pole. It hs been suggested that Snowball Earth events occurred about 2.3 billion years ago and between 750 and 580 million years ago. According to one theory, the climate shock of the most recent snowball Earth phase, also known as the Cryogenian period, triggered the evolution of complex, multicellular life, which occurred in the Edicaran period.