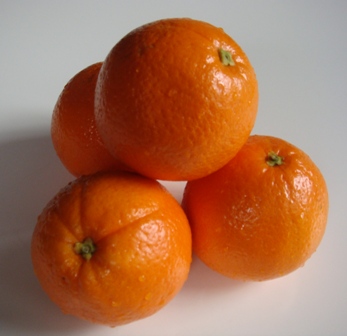 When you pack together a lot of same-sized spheres there are always plenty of big gaps. A long-standing puzzle was to ask: what's the best way to stack spheres so that you leave the smallest amount of space between them. For more on the most efficient way to pack spheres, see Kepler's conjecture, and the Cannonball Problem.

Another problem, which was finally put to rest in 2012, was to determine if spheres really are the worst space-wasters, even when packed together in the most efficient way possible. In turns out that, among symmetrical objects at least, they are, but – surprisingly – only in three dimensions.

Using a computer model, physicist Yoav Kallus, at Princeton University, and mathematician Fedor Nazarov, at Kent State University, Ohio, started out with the most efficient arrangement of spheres possible. Then they added little dimples to surfaces of the spheres and found that, no matter how they did this, the resulting shapes always ended up nestling closer together. But when they tried the same approach in more than three dimensions, they found that perfectly round multidimensional spheres, or hyperspheres, are no longer the worst packers. In four or more dimensions, more gaps are left if the spheres have dents. In two dimensions, the biggest space-wasters aren't circles, but octagons with curved corners.