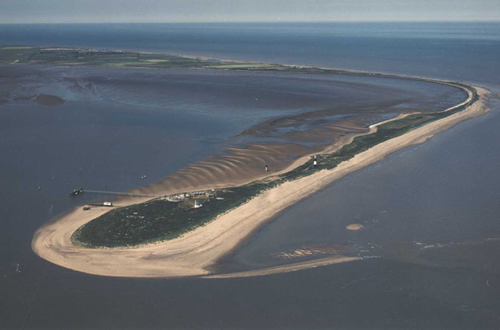 A spit is a ridge of sand or shingle on a coastline, which has been built up as a result of longshore drift. A spit is attached to the land at one end, and may consist of sand, mud, shingle, or any combination of these. Most spits protrude across an estuary, and may eventually block the estuary to form a delta.

Spurn Point (shown in the accompanying photo) is a spit that stretches for more than five kilometers across the Humber Estuary, England,and is only only 50 meters wide in places. It is made up of a series of sand and shingle banks held together by Marram grass and Seabuckthorn.