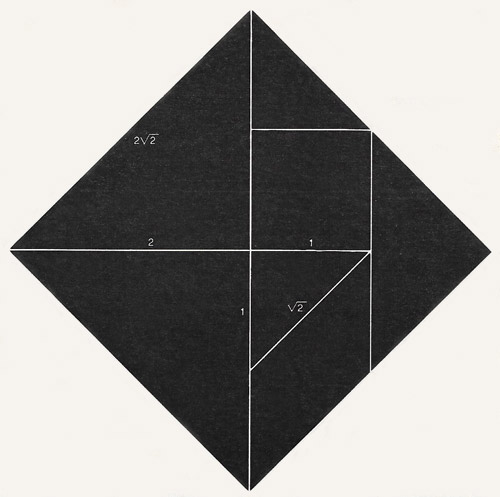 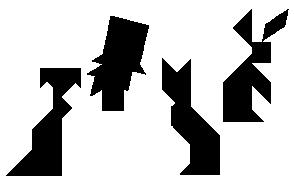 Tangrams is a puzzle of Chinese origin, the objective of which is to form given shapes using a set of seven pieces (five triangles of various sizes, one square, and one parallelogram) that come from slicing up a square. The produced shape has to contain all the pieces, which mustn't overlap.

Tangrams became popular in England around the middle of the nineteenth century, having been brought back by sailors from Hong Kong. It received a further boost when Lewis Carroll used the pieces to create illustrations of the characters in the Alice books. The origin of the name isn't certain. One theory is that it comes from the Cantonese word for chin. A second is that it is stems from a mispronunciation of a Chinese term that the sailors used for the ladies of the night from whom they learned the game! A third suggestion is that it is from the archaic Chinese root for "seven," which still persists in the Tanabata festival held on July 7 in Japan. The first definitive appearance of Tangrams in the Far East appears to be in Japan in the early 18th century; by around 1805 it had become a fad in both China and Europe. The loculus of Archimedes is a similar game and it has been suggested, though without evidence, that this was a direct precursor of Tangrams, having been transmitted to the East via Arab source.