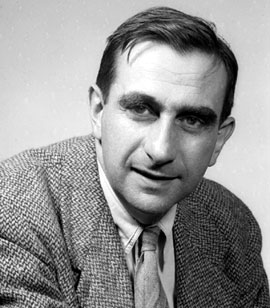 Edward Teller was a Hungarian-born US nuclear physicist who worked with Enrico Fermi on nuclear fission at the start of the Manhattan Project, but who is best known for his fundamental work on, and advocacy of, the hydrogen bomb.

After studying in Germany, Teller left in 1933, going first to London and then to Washington, DC. He worked on the first atomic reactor, and later on the first fission bombs during World War II at Los Alamos. Subsequently, he made a significant contribution to the development of the fusion bomb. His work led to the detonation of the first hydrogen bomb (1952) and he is sometimes known as "the father of the H-bomb." Teller's unfavorable evidence in the Robert Oppenheimer security-clearance hearing lost him some respect amongt scientists.