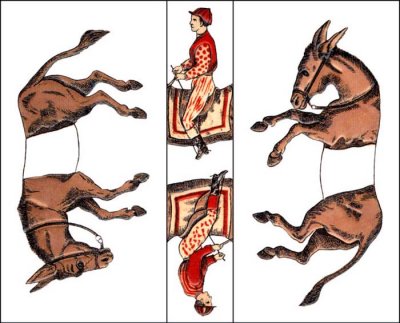 Loyd sold his puzzle to P. T. Barnum, who marketed it as "P. T. Barnum's Trick Mules." Millions of copies were sold and Loyd earned a small fortune from the venture in a matter of few weeks."