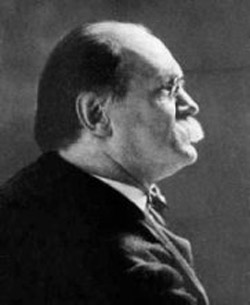 Sam Loyd was a great American inventor of puzzles among whose best-known creations are the Hoop-Snake Puzzle, Get Off the Earth, and, most famous of all, the Fifteen Puzzle. By the age of17 Loyd was already hailed as one of the world's leading writers of chess problems and had also just invented his deceptively simple-looking Trick Mules Puzzle. The object of this is to cut apart three pieces that show two mules and two jockeys and then reassemble the pieces so that the jockeys are riding the mules. Loyd sold the puzzle to the showman Phineas T. Barnum (of Barnum & Bailey Circus fame) for some $10,000. This was to become his forte: devising puzzles that looked so simple to solve that people felt compelled to try them, only to find, hours later, that they were still trying to figure them out.

Loyd became a full-time professional puzzlemaker only in the 1890s. He corresponded with his English counterpart Henry Dudeney and worked alongside his son Sam Loyd Jr. After the death of his father, Sam Loyd Jr. continued publishing puzzles that were mainly compilations of his father's work and in 1914 issued a now out-of-print and much sought-after mammoth collection of his father's puzzles called Cyclopedia of Puzzles.1