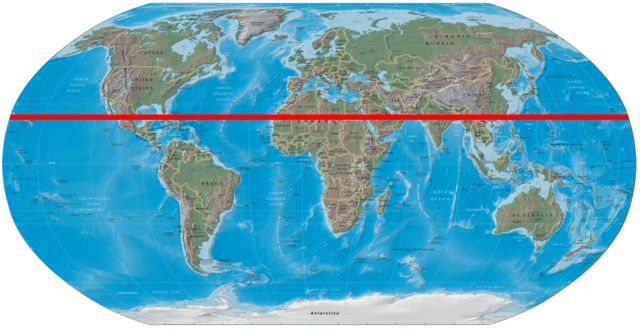 The Tropic of Cancer is a line of latitude, currently 23° 26' 22" north of the Equator, which marks the northern boundary of the tropics. It indicates the farthest north position at which the Sun appears directly overhead at noon. The Sun is vertically overhead at the Tropic of Cancer on June 21–22, the summer solstice in the Northern Hemisphere. The line is so-called because when it was named the Sun was, in its position in the sky, in the constellation Cancer at the June solstice. Due to the precession of the equinoxes, the Sun now falls in the constellation Taurus at the Jun solstice.