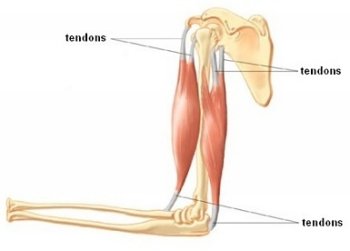 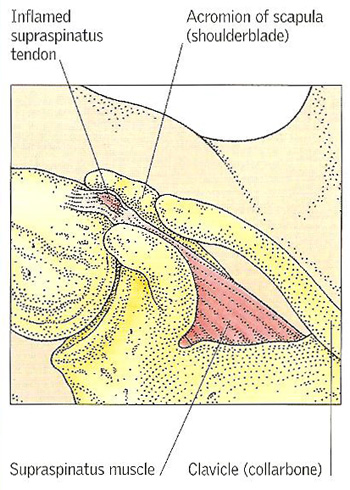 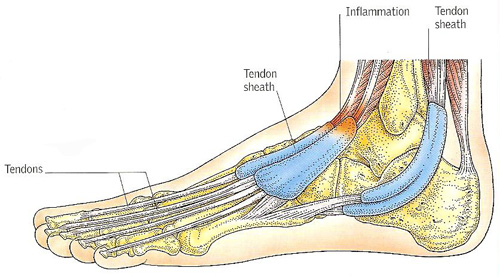 Fig 3. Tenosynovitis in the foot. The complex structure of the foot makes it susceptible to tendon damage. Activities such as running and dancing may cause inflammation of the inner lining of a tendon sheath. 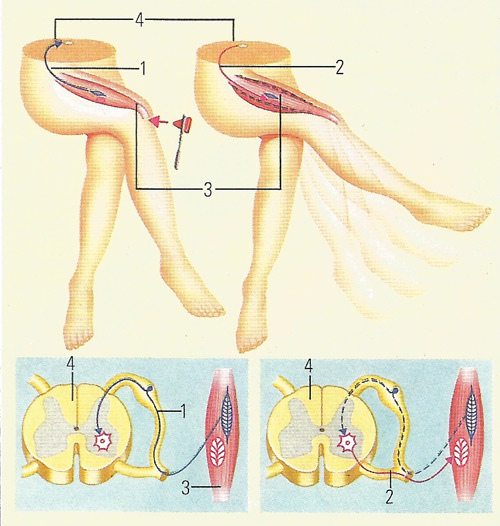 Fig 4. The knee-jerk or patellar reflex.

A tendon is a fibrous band or cord of white connective tissue at the ends of muscle fibers that serves to attach a muscle to a bone and other structure. Tendons are strong and flexible but inelastic. A tendon consists almost entirely of parallel collagen fibers, with accompanying cells (tentocytes) and some blood vessels. Some tendons – those in the hands, wrists, and feet – are partially or completely covered in a protective sheath called the tendon sheath, which is lined with a thin membrane (synovial sheath). The tendon sheath secretes a lubricating fluid that provides a slow-friction environment in which the tendon can move easily back and forth.

The Achilles tendon is a large tendon which connects the heel to the muscles of the calf.

Injury may cause a tendon rupture (see below). The Achilles tendon in the heel can rupture during vigorous sprinting and jumping. In many cases, however, because the tendons are strong, severe stress results in pulling off a piece of bone where the tendon is attached, rather than tearing of the tendon itself.

Inflammation of a tendon, usually due to overuse or injury (see Figure 2). Symptoms of tendinitis include restricted movement, pain, and tenderness.

Treatment is with non-steroidal anti-inflammatory drugs (NSAIDs), ultrasound treatment, or injection of a corticosteroid drug around the tendon. See also tennis elbow.

A complete tear in a tendon. A tendon may rupture when the muscle to which it is attached contracts suddenly and powerfully, such as during vigorous exercise. Rupture may also be the result of an injury or joint disorder such as rheumatoid arthritis.

Symptoms include a snapping sensation, impaired movement, pain, and swelling. Diagnosis is usually obvious from the symptoms. Surgery to repair the tendon may be needed. In some cases, the tendon may heal if it is immobilized in a plaster cast.

Inflammation of the lining of the sheath that surrounds a tendon. The usual cause is excessive friction caused by repetitive movements; bacterial infection is a rare cause . The hands and wrists are most often affected in tenosynovitis, although the tendons in the feet are also commonly affected in runners (see Figure 3). Symptoms include pain, tenderness, and swelling over the tendon.

Inflammation or thickening of the fibrous wall of the sheath that surrounds a tendon. Tenovaginitis affecting the sheath of one of the tendons that bends a finger results in trigger finger.

The tendon jerk, also known as the knee-jerk or patellar reflex, is the simplest reflex action, involving only a sensory receptor neuron and a motor neuron (see Figure 4). Impulses, such as those created by a hammer tapping a knee, run to and from the muscles (3) and traverse only one segment of the spinal cord (4). This reflex is independent of the brain.

An aponeurosis is a thin but strong fibrous sheet of tissue that replaces a tendon in muscles that are flat and sheetlike and have a wide area of attachment (e.g., to bones).