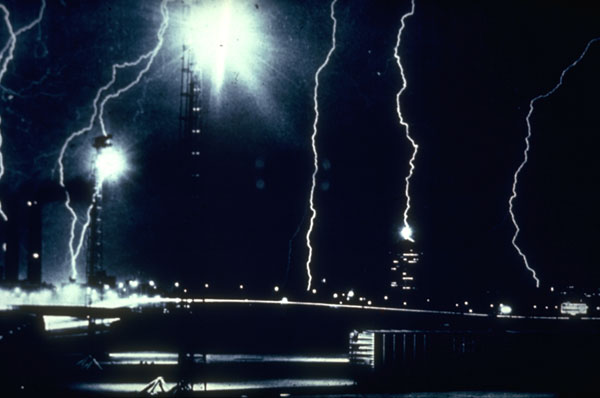 A thunderstorm is a storm accompanied by thunder and lightning, heavy precipitation, and squalls. Usually short-lived, thunderstorms are generally associated with cumulonimbus clouds. At any one moment, about 1,800 thunderstorms are in progress over the Earth's surface.

Thunder is the acoustic shock wave caused by the sudden expansion of air heated by a lightning discharge. Thunder may be a sudden clap, or a rumble lasting several seconds if the lightning path is long and thus varies in distance from the hearer. It is audible up to about 15 km away; the distance in km can be roughly estimated as one-third the time in seconds between the lightning and the