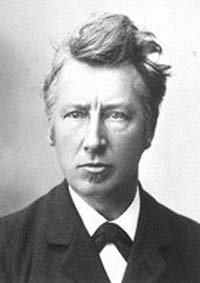 Jacobus Van't Hoff was a Dutch physical chemist, professor at Amsterdam, Leipzig, and then Berlin. His research involved advanced investigations of the carbon atom, the theory that gas laws are also applicable to dissolved substances, and the chemical theory of thermodynamics. In 1885 he was the first to notice a parallel between osmotic pressure and gas pressure. In 1901 he was awarded the first Nobel Prize in Chemistry for his work laying the foundations of stereochemistry.