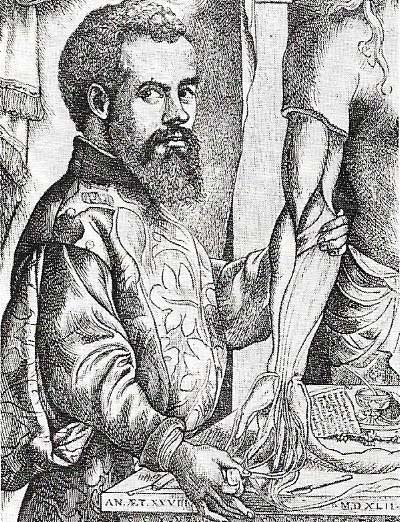 Andreas Vesalius was a Flemish biologist regarded as the father of modern anatomy. Initially a Galenist, he became, after considerable experience of dissection, one of the leading figures in the revolt against Galen. In his most important work, De corporis humani fabrica (On the structure of the human body), published in 1543, he described several organs for the first time.

Vesalius was born at Brussels and studied at Louvain, Cologne, Montpellier, and Paris. He lectured at Basel, became surgeon to the imperial army in the Low Countries, and was professor of anatomy successively at Padua, Pisa, Bologna, and Basel. In 1544 he became body-surgeon to Charles V, living in Madrid.