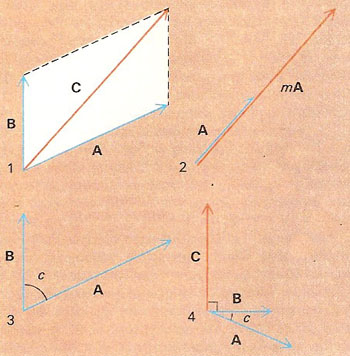 Vector analysis is the application of the techniques of analysis and algebra to the study of vectors. Since vector quantities have both magnitude and direction, they may be represented geometrically by lines with specified directions, whose lengths represent the magnitudes of the vectors concerned; the magnitude of a vector V is written V.