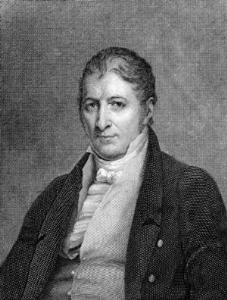 Eli Whitney was an American inventor of the cotton gin (1793), from which he earned little because of patent infringements, and a pioneer of mass production. In 1798 he contracted with the US Government to make 10,000 muskets: he took eight years to fulfil the two-year contract, but showed that with unskilled labor muskets could be put together using parts that were precision-made and thus interchangeable, a benefit not only during production but in later maintenance.