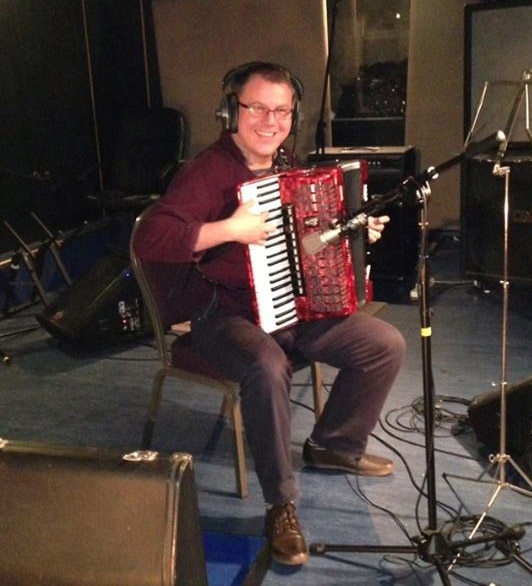 Fig 1. Miroslaw Hodun playing accordion on one of the tracks on David's Songs of the Cosmos album.

The accordion is a box-shaped musical instrument, played with keys and buttons, that uses bellows to force air over metal strips. As such, it's classified as a free-reed aerophone.

Like its close relation the concertina, the accordion is a glorified mouth organ, in which the 'reeds' (now generally made of tempered steel) are set in vibration by a rectangular bellows.

The bellows are operated by the left hand, which also – as in all keyboard instruments – manipulates the so-called bass keyboard, in this case a collection of buttons, rather than keys proper, which produce both single notes and certain preordained chords. The right hand operates the treble keyboard, often though not always modeled on the conventional piano keyboard, giving rise to the term 'piano accordion'. The instrument is suspended by the shoulder straps, providing the hands and fingers with maximum room for maneuver.

Though evidently invented by Christoph Ludwig Buschmann of Berlin in 1821, and further developed by Cyrillus Demian of Vienna in 1829, the accordion achieved its first widespread success in Belgium and France, and is still most frequently identified with the popular music of those countries. This is particularly true of France, where it has become a national stereotype.

Despite its association with popular music, the accordion has quite often found its way into concert-hall compositions by, among others, Berg, Prokofiev, Mátyás, Seiber, Paul Creston, Roy Harris, Virgil Thomson, and many others. A music school exclusively for accordion teachers was established in Trossingen, Germany, in 1931, becoming a fully fledged state academy in 1948; the British College of Accordionists has flourished since its inception in 1935, the American Accordionists Association since 1938. Accordions of one form or another are found in societies all over the globe.