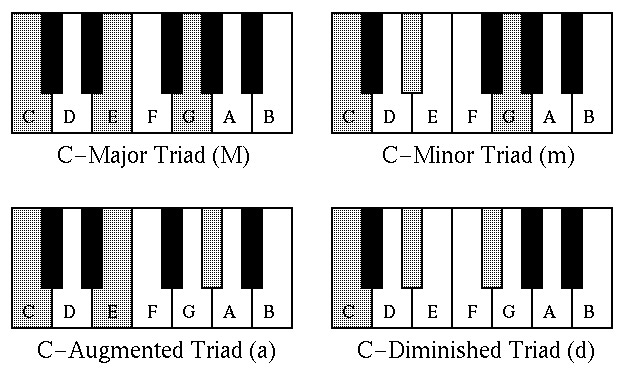 The four types of triad in the key of C.

Augmented is to be raised by a half-step (semitone). The term is applied both to intervals and chords in which one of the notes has been so raised. Thus, an augmented triad is a triad consisting of a root, a major third, and an augmented fifth – in other words, two major thirds, stacked one on top of the other. For example C augmented (shown in the illustration here) consists of the notes C, E, and G♯.

Augmented chords are fairly rare in rock music but common in jazz, in which the fourth, fifth, and ninth are often found augmented.

The opposite of augmented is diminished.