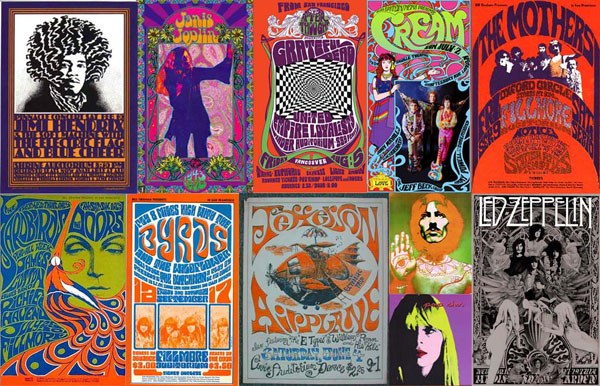 Psychedelic rock is a genre of rock that was inspired or influenced by the use of psychedelic substances such as LSD. Sometimes psychedelic rock and acid rock are considered synonymous; other commentators draw a distinction between the two in that acid rock more aggressively encourages drug use or, at least, tries to bring the psychedelic experience to the fore.

Psychedelic rock, like progressive rock, to which it is related, developed during the mid 1960s to mid 1970s, and is characterized by the use of Eastern musical modalities and instruments such as the sitar, abstract and surreal lyrics, long instrumental passages, and elaborate studio effects including innovative use of sounds and electronic devices. In the UK, The Beatles and The Yarbirds, were early exponents, followed by Pink Floyd, Traffic, Soft Machine, Cream, and others; in the US, The Byrds were pioneers, and were followed by the likes of Iron Butterfly, Love, Captain Beefheart and his Magic Band, and Frank Zappa and The Mothers of Invention.