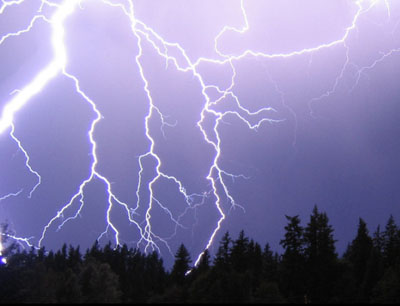 Figure 1. The sounds produced during a thunderstorm are among the loudest in nature. 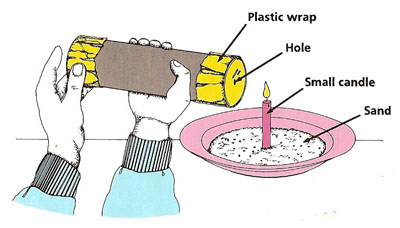 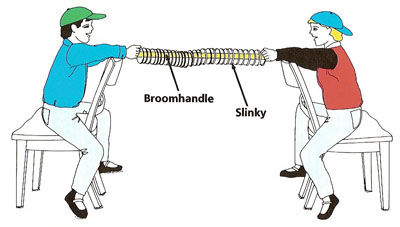 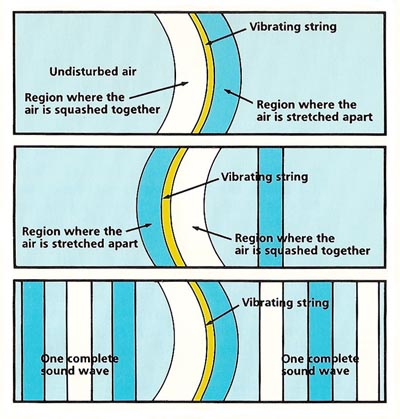 Figure 4. A vibrating string pushes and pulls on the air around it. 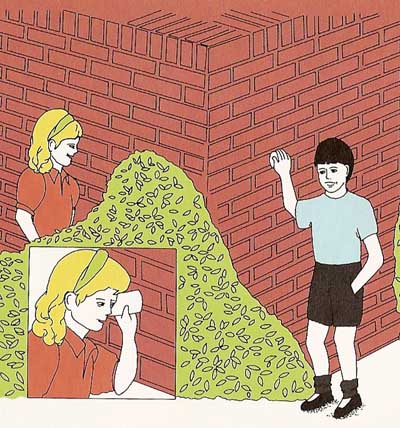 Figure 5. What do you hear when a friend taps a wall some distance away? 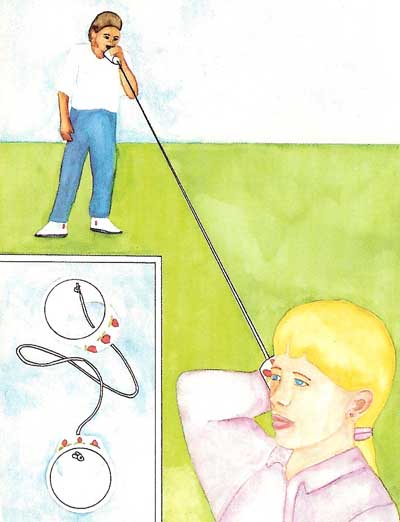 Figure 6. What do you hear through your cup and string 'telephone'? 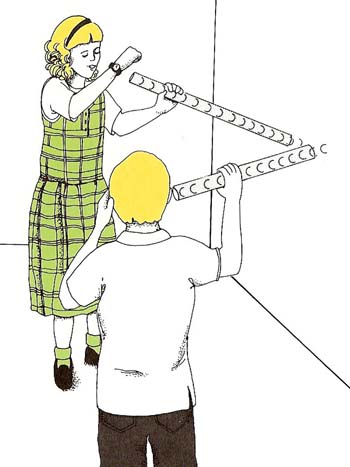 The world is full of sound – a dog's bark, the wail of a police siren, the chatter of students in a classroom. Even when everything outside is quiet, you can still hear your own breathing and the steady beating of your heart.

Sound is one of the most important ways we have of sensing our surroundings and communicating with other people. Sometimes it can be a nuisance, as when an airplane or a car roars by. Then we call it noise. On the other hand, many sounds, such as those of musical instruments, are extremely pleasant.

Sounds come in every variety imaginable. But what exactly is sound? How is it made and how does it travel?

Sound is a form of energy. This fact becomes most clear when a loud sound causes something nearby to rattle or move about. For example, if a television set or a record player is turned up high, the sound from it may cause small objects in the room to shake.

Sound energy is produced by anything that moves back and forth. A mosquito's wings, for instance, beat back and forth rapidly. This causes similar back-and-forth movements, or vibrations, in the surrounding air. When the air vibrations reach our ears we hear the mosquito's familiar hum.


Pushes and Pulls in the Air

You can picture how this works by thinking about a long line of people, in which each person is holding on to the shoulders of his or her neighbor in front. If the person at the very back suddenly pushes forward, a wave of pushes travels down the line. If the same person pulls back, a wave of pulls is set in motion. The bigger the starting push or pull, the bigger the wave that spreads out. In the same way, an object makes a louder sound if its vibrations are large than if they are small.

Sound waves do not only travel through air. In water, sound can be heard over great distances. Whales, for example, seem to be able to communicate with each other underwater even if they are tens of hundreds of miles apart.

Sound can only pass easily through hard materials such as metal, stone, bone, wood, and glass. Soft substances, however, including fabric and rubber, quickly absorb sound waves. They can be used to deaden the noise of a car engine or prevent echoes in a concert hall.

The one thing that no sound can travel through is empty space. So, when astronauts visited the moon they had to communicate using radios. Only by touching helmets would they have been able to talk to ne another directly. This would have allowed the vibrations of their voices to pass through the material of their helmets.

Sometimes you will see movies in which spacecraft make noises when their engines are fired or they are hit by the enemy. But, in truth, all such action would be completely silent from outside.

When sound waves strike a hard, solid object, such as the side of a building, they bounce back. That is, they are reflected. A softer surface, however, soaks up most of the energy in the sound waves and reflects very little. This explains why sounds in a bare room appear very loud, but in a room with carpeting, curtains, and soft furnishings, sounds are more muffled.

A sound that bounces back is called an ECHO. If you stand a long distance away from a large wall or a steep mountain and shout, your calls will return to you a short time later. The farther you are from the reflecting surface, the longer is the gap between making the call and hearing the echo. Why do you think this should be?

Ships and submarines use beams of sound to measure the depth of water, to chart the seabed, and to find shoals of fish. The system is called SONAR, which stands for sound navigation and ranging. A device under the hull sends out regular pulses of sound. These bounce off the seabed or off shoals of fish and return to the ship. After the echoes have been picked up, they are turned into a picture on a screen.

The Science of Acoustics

5. Through the Sound Barrier