SOUNDS INTERESTING: The Science of Acoustics - 5. Through the Sound Barrier 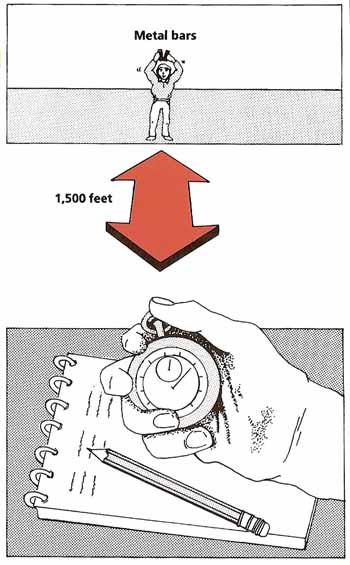 Figure 1. Experiments to measure the speed of sound. 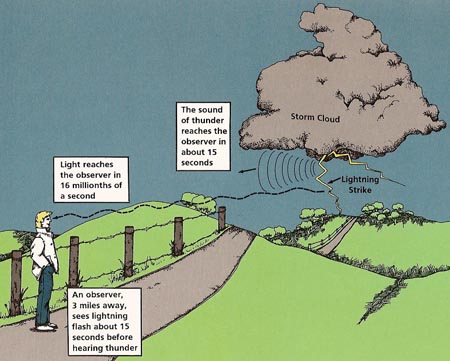 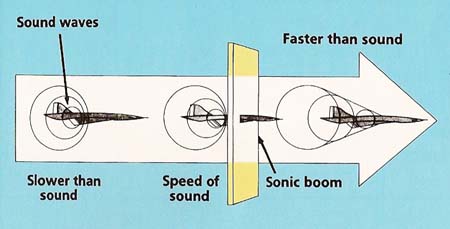 Figure 3. How a sonic boom is formed. 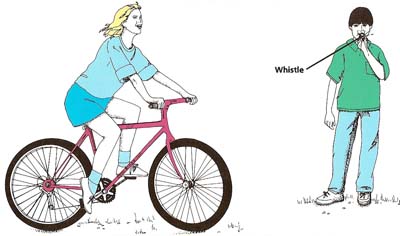 Figure 4. Experimenting with the Doppler Effect. 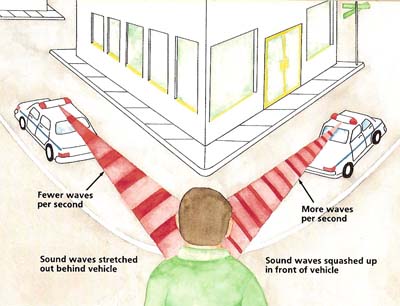 Strange though it may seem, all the sounds you can hear were made in the past. The reason for this is that it takes sound waves time to travel from one place to another. So, any sound reaching your ears now began its journey a short while ago – in the past.

If a storm is two miles away, the flash of lightning from it will reach us in less than one ten-thousandth of a second – that is, almost instantly. However, the rumble of the accompanying noise will take over nine seconds to travel the same distance, In fact, by measuring the interval between the thunder and the lightning, we can work out roughly how far the storm is from us.

A supersonic aircraft is one that can travel faster that the speed of sound. As the plane approaches the speed of sound, it catches up with the sound waves traveling in front of it and pushes them up against each other. The result is a barrier of squashed air in front of the aircraft. As the plane reaches the speed of sound, it breaks through this barrier and causes the squashed air to spread out rapidly behind in a powerful SHOCK WAVE (see Figure 3). When the shock wave reaches the ground, people hear a noise like a loud clap of thunder. This so-called sonic boom may have enough force to shatter windows.

As a police car or ambulance passes you, with its siren wailing, the sound of the siren seems to drop to a lower note. This is due to something known as the Doppler Effect, named after the Austrian scientist Christian Johann Doppler, who discovered the reason for it in 1842 (see Figure 5).

At the time when Doppler announced his findings, there was no easy means to test them. The fastest form of transport which carried a horn was the horse-drawn mail coach. This only moved at about ten miles an hour – too slow for the Doppler Effect to be noticeable. It was only in 1845, when a scientist took a trumpet aboard a train locomotive, that the effect was first demonstrated.

The Science of Acoustics

5. Through the Sound Barrier