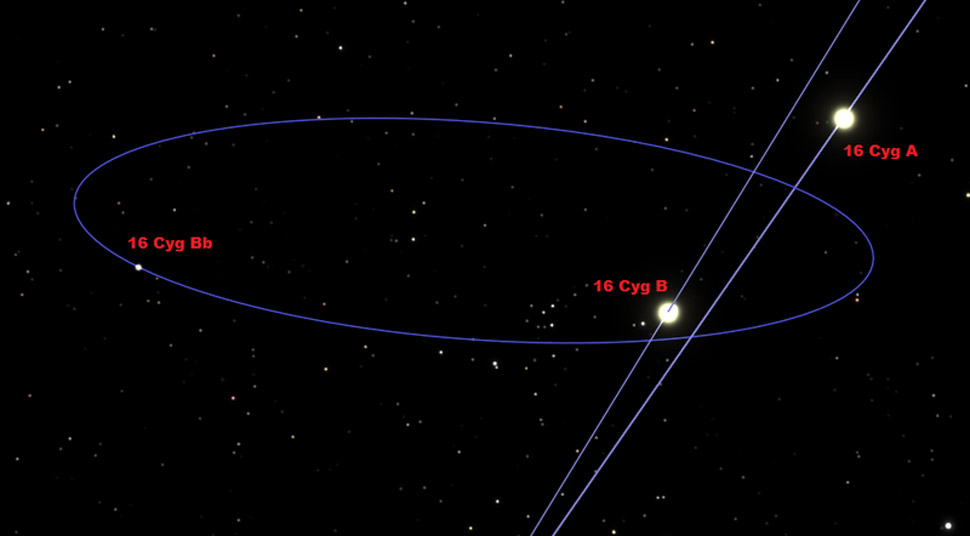 The orbits of stars in the 16 Cygni system. 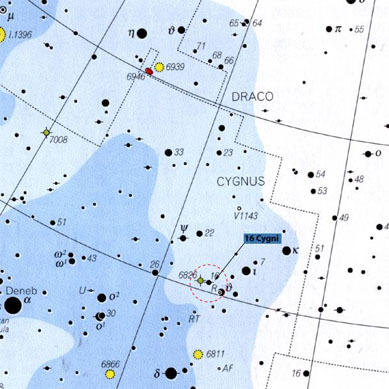 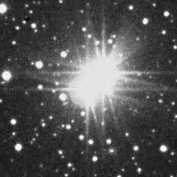 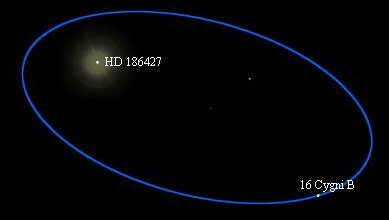 16 Cygni is a triple star system in the constellation Cygnus (Fig 1) consisting of two reasonably Sun-like stars (both yellow dwarfs) and a red dwarf. One of the Sun-like components (16 Cygni B) has been found to have a planet (16 Cygni Bb) with a mass about 1½ times that of Jupiter in a highly elongated orbit (Fig 3). The distance of the planet from 16 Cygni B varies between less than the Venus-Sun distance and more than the Mars-Sun distance.

The two brighter stars in the 16 Cyg system form a visual binary (Fig 2)and are separated by about 860 AU with an orbital period of at least 18,000 years. 16 Cyg A is very similar to the Sun; 16 Cyg B is slightly smaller and dimmer.

The 16 Cygni system, which is much older than our own solar system (with an age of about 10 billion years), is among those that were investigated by the Kepler mission.