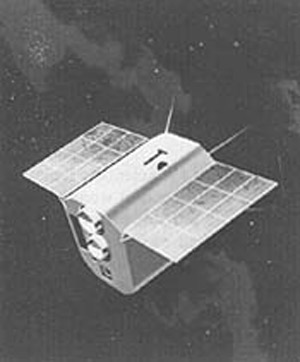 ANS (Astronomische Nederlandse Satelliet) was a Dutch X-ray and ultraviolet astronomy satellite notable for its discovery of X-ray bursts and of the first X-rays from the corona of a star beyond the Sun (Capella). The Universities of Groningen and Utrecht provided the ultraviolet and soft (longer wavelength) X-ray experiments, while NASA furnished a hard (shorter wavelength) X-ray experiment built by American Science and Engineering of Cambridge, Massachusetts. ANS operated until 1976.