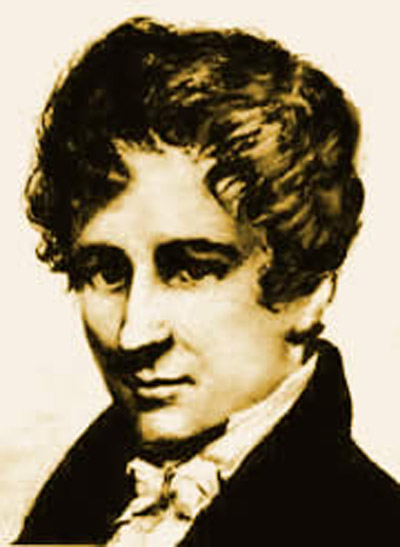 Niels Abel was a Norwegian mathematician born at Findö, Christiansand, who, independently of his contemporary Évariste Galois, pioneered group theory and proved that there are no algebraic solutions of the general quintic equation. Both Abel and Galois died tragically young – Abel of tuberculosis, Galois in a duel.

While a student in Christiania (now Oslo), Abel thought he had discovered how to solve the general quintic algebraically, but soon corrected himself in a famous pamphlet published in 1824. In this early paper, Abel showed the impossibility of solving the general quintic by means of radicals, thus laying to rest a problem that had perplexed mathematicians since the mid-16th century.

Abel, chronically poor throughout his life, was granted a small stipend by the Norwegian government that allowed him to go on a mathematical tour of Germany and France. In Berlin he met Leopold Crelle (1780–1856) and helped him found, in 1826, a famous journal, the first in the world devoted to mathematical research. Its first three volumes contained 22 of Abel's papers, ensuring lasting fame for both Abel and Crelle.

Abel revolutionized the important area of elliptic integrals with his theory of elliptic functions, contributed to the theory of infinite series, and founded the theory of commutative groups, known today as Abelian groups (see below). Yet his work was never properly appreciated during his life and, impoverished and ill, he returned to Norway unable to obtain a teaching position. Two days after his death, a delayed letter was delivered in which Abel was belatedly offered a post at the University of Berlin.

An Abelian group is a group that is commutative – in other words, in which the result of multiplying one member of the group by another is independent of the order of multiplication (i.e., AB = BA, where A, B are any two elements in the group). Abelian groups are a generalization the arithmetic of addition of integers.