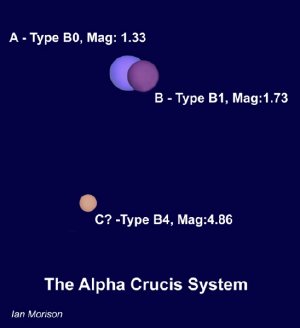 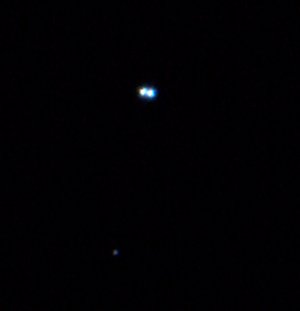 Alpha2 is a 13-solar-mass single star but Alpha1 is a spectroscopic binary whose 14- and 10-solar-mass components are separated by about one astronomical unit (AU) and complete an orbit every 76 days. Alpha1 and Alpha2, with a minimum separation of 430 AU, take at least 1,500 years to circle around each other. Another B subgiant lies 90" away from the triplet but, despite its similar velocity through space, is probably a more distant star that happens to lie along the same line of sight.