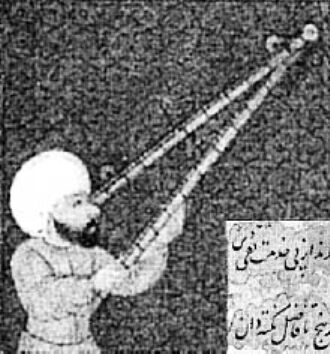 Al-Sufi was a Persian nobleman and astronomer, also known in the West by the Latinized name Azophi, who lived at the court of the Emire Adud ad-Daula and carried out observations based on Greek work, especially the Almagest of Ptolemy. Al-Sufi's The Book of the Fixed Stars (Kitab al-Kawatib al-Thabit al-Musawwar), published in about AD 964, includes a catalogue of 1,018 stars, giving their approximate positions, magnitudes, and colors. It contains Arabic star names that, in corrupted form, are still in use today, and the earliest known reference to the Andromeda Galaxy. Al-Sufi also recorded and named a southern celestial feature al-Baqar al-Abyad (the White Bull), which today we know as the Large Magellanic Cloud.

The Book of the Fixed Stars remains an important source of historical information in studies of proper motion and long-period variables.