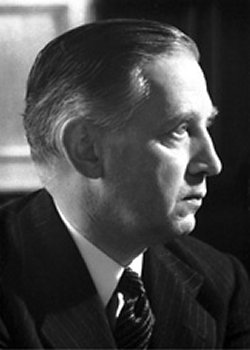 Edward Appleton was an English physicist who was awarded the 1947 Nobel Prize in Physics for his discovery of what became known as the Appleton layer of the ionosphere (since resolved into two layers called F1 and F2). This layer reflects radio waves and its discovery spurred the development of radar. During World War II, Appleton worked on development of the atomic bomb.