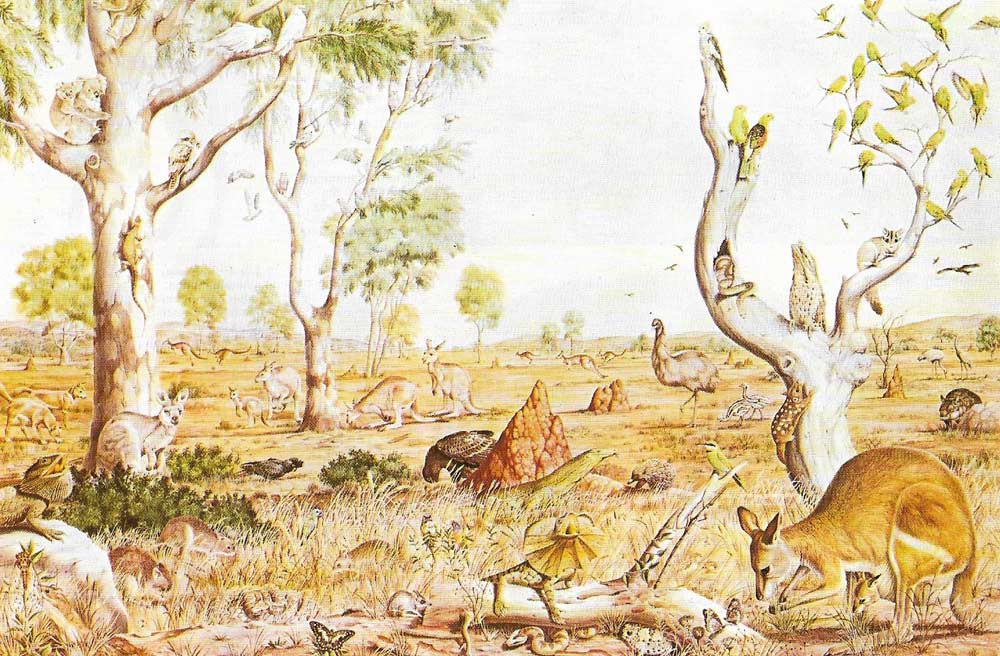 Koalas and kangaroos, which symbolize Australia, are only two of a wide variety of unique animals that have evolved since Australia became an island about 50 million years ago. In the vast, flat, desert-like interior covered with hardy grasses and fire-resistant eucalypt and acacia trees the marsupials – "pouched" animals – and even stranger monotremes, like the echidna, were able to adapt unhindered by competition from placental mammals. The number and diversity of birds are equally impressive. The emu is the world's second largest bird and the parrot family has its stronghold here. The lizards, many of them nocturnal, have made the most successful adjustment to desert life. Amphibians, notably frogs, make use of temporary desert pools and there are numerous species of insects.

Fig 1. Tiny crustaceans like these shrimps take advantage of temporary freshwater desert pools, which form during rain storms. When the pools evaporate the crustaceans die, leaving behind covered eggs which survive periods of drought to hatch when conditions are favorable. 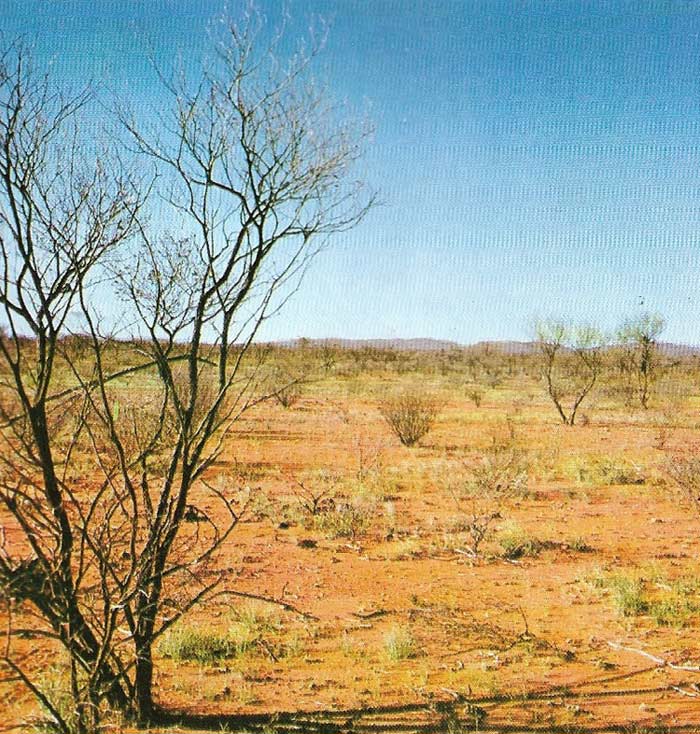 Fig 2. The characteristic grass of the Australian interior is the prickly porcupine grass (Triodia), which grows in huge pin-cushions in the red sand between salt-bush and blue-bush scrub. With an extensive deep root system and leaves with hard cuticles assisting moisture-retention, the grass is adapted to with stand long droughts and to exploit brief downpours. 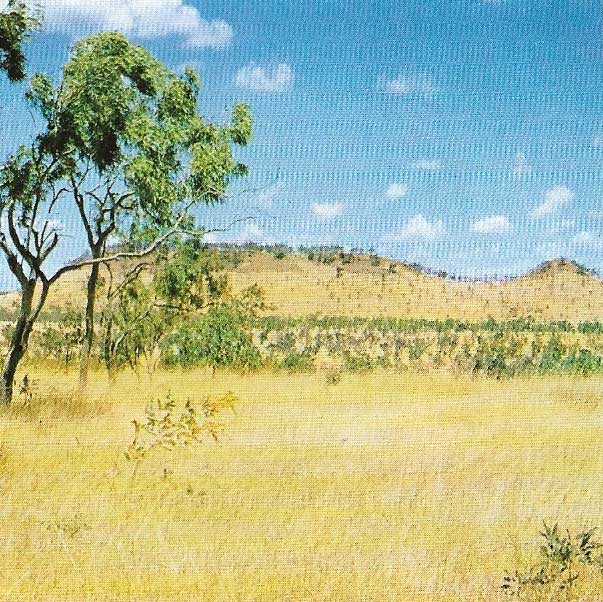 Fig 3. Savanna woodland forms a continuous strip along the north coast and continues south inland from the Great Dividing Range with isolated areas in the southwest. The vegetation depends on over 50 cm (20 in) of rain a year. The trees (mainly eucalypts) grow fairly close together and the undergrowth is a mixture of grass and shrubs. 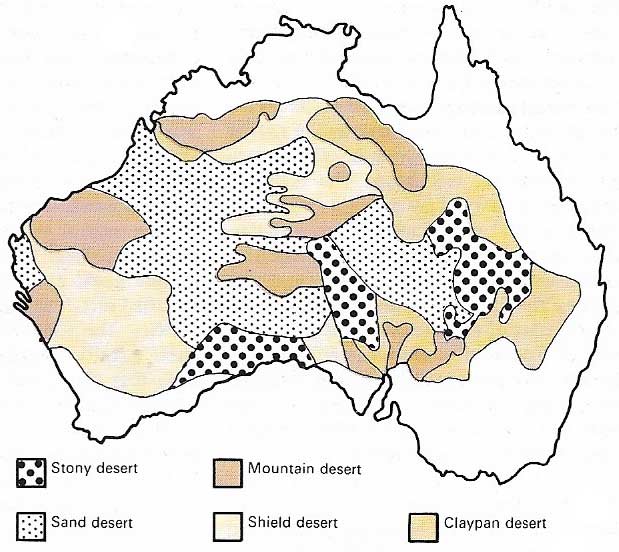 Fig 4. Two-thirds of Australia is flat desert formed by dry winds blowing across the interior. More than 2,000 species of plants and hundreds of animals have adapted to its aridity.

Two-thirds of Australia's eight million square kilometers (three million square miles) is semi-arid land supporting only tough grasses (Fig 4) and scattered acacia and gum trees. Less than 50 cm (20 in) of rain falls during the year, daytime temperatures average 32°C (89°F) and a dry wind blows. Inhospitable to man, these grasslands are the home of many of the symbolic animals of Australia such as the kangaroo, emu, koala, and kookaburra, as well as flocks of parrots, cockatoos, and budgerigars – all animals that cope with the dry conditions.


Making the most of water

The "outback" of the interior has largely been created by drying winds from the south-east and west. These are forced to release their moisture prematurely by the Great Dividing Range in the east and cold currents off the west coast. The "desert" lies at the limit of penetration of rain from the north and south and consequently may one year receive rain in winter, another in summer and another not at all. The animals and plants are opportunists – they make the most of the water when it comes. The dull porcupine grass (Triodia sp) (Fig 2) bursts into a yellow sea of blossom on the red desert sand. The mulla mulla (Trichinium manglesii) springs up and produces fluffy pink flowers. Aromatic gum trees such as the river gum (Eucalyptus camaldulensis), which line the banks of dry rivers and watercourses, bear unique flowers whose stamens provide vivid colors.

Many plants are adapted to prevent excessive loss of precious water. Acacia leaves are reduced to flattened leaf stalks and those of the desert oak (Casuarina decisneana) have developed into needles which hang in fringes. Porcupine and cane grasses have thick, waxy cuticles and saltbush leaves (Atriplex spp) are coated in salts.

The grasses and trees provide food, shelter, and nesting materials for the animal inhabitants. These animals entered Australia when it was still part of the land mass known as Gondwanaland (which included present-day Africa, South America, Southeast Asia, and Antarctica before continental drift) and were able to evolve unhindered by competition from placental animals when it became an island at the end of the Mesozoic era. The result is a unique set of animals with a trend toward non-aggressiveness, herbivorous diet, and tolerance for arid conditions.

The name "koala" means "the animal that doesn't drink". These timid marsupials, or pouched mammals, live on an extremely restricted diet of eucalyptus leaves, which provide all the moisture they need The fat-tailed sminthopsis (Sminthopsis crassicaudata) stores for when needed in its tail. Kangaroos, which feed on triodia grass and saltbush, can survive long periods of drought. The wombat (Vombatus sp), like several of its neighbors, digs a long underground burrow, often more than 3 m (10 ft) long, where it can escape the excessive heat and dryness of the day and the cold of the night. Many smaller marsupials, such as the insectivorous bandicoots and jerboa marsupial mice, come out only at night. The primitive egg-laying echidna or spiny anteater, one of Australia's two monotreme genera, is heavily armed with spines and when threatened this mammal can either roll into a ball or rapidly dig itself into the desert soil. It scoops up desert insects with its long, whip-like tongue.

Birds of the desert grass lands are usually seen more often than mammals. Colorful flocks of galahs, the most common cockatoos, nectar-feeing lorokeets, and green and yellow budgerigars congregate round waterholes, often dug by ranchers for their cattle. These birds are constantly on the move in search of water and breed only after the rains. The uncertain water supply means that the kookaburra, Australia's largest kingfisher, no longer finds most of its food in pools but searches for insects and snakes on the ground and in trees. The emu, Australia's largest bird, changes from a diet of seeds to new-grown grass when the rains arrive. The mallee fowl (Leipoa ocellata) lays eggs in mounds of vegetation and sand. The vegetation ferments with the aid of dampening rain and the Sun's heat and incubates the eggs. By altering the amount of nest material the male mallee fowl is able to regulate the nest temperature to the correct one to facilitate incubation.

Reptiles include dragon-lizards such as the frilled lizard, which erects a frill when threatened, and skinks, which scuttle over tree trunks and between clumps of porcupine grass in search of insects. Some of the snakes, such as the carpet python, are harmless to an, but most, like the death adder and king brown snake, are deadly. Male frogs call females to ponds only in wet conditions so that the tadpoles will develop quickly before the next dry season. As the water dries up the water-holding frog (Cyclorana platycephalus) digs deeply into the mud with its body full of water and lives in a cell of mucus until the next rains. In the period following the rains the grassland is full of insects – flying termites, bees, mantids, grasshoppers, and beautiful butterflies.

The dingo is one of Australia's few placental mammals but it is not indigenous. Now considered by many to be the same species as the domestic dog (Canis familiaris), it probably returned to the wild after being introduced by the Aborigines when they arrived in Australia about 30,000 years ago.