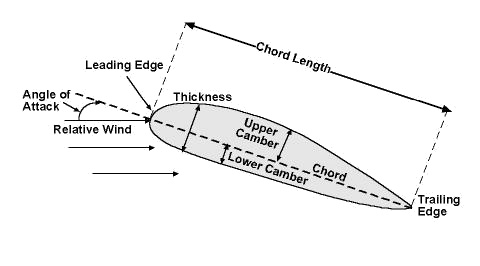 In the theory of airplane wings, the angle of attack is the acute angle between the wing profile (roughly, measured along its bottom) and the wing's motion relative to the surrounding air. In the case of a rocket rising through the atmosphere, it is the angle between the long axis of the rocket and the direction of the air flowing past it.