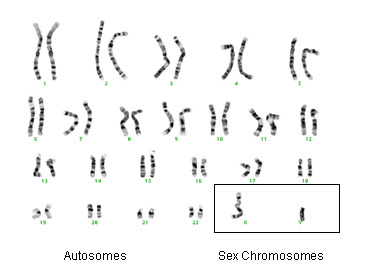 An autosome is any chromosome other than a sex chromosome. Humans have 23 pairs of chromosomes altogether, 22 of which are pairs of autosomes. Each parent contributes one member to each pair of autosomes.