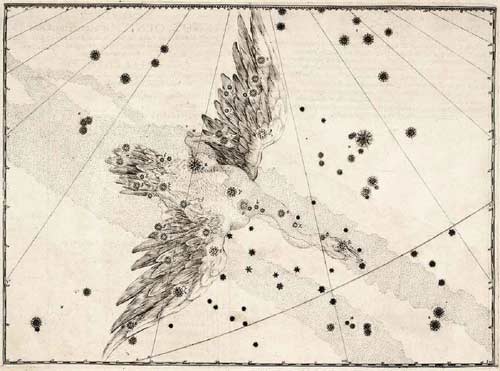 An illustration from Bayer's Uranometria.

Johann Bayer was a German lawyer and astronomer whose hugely influential star atlas, Uranometria (1603), was the first to cover the whole sky and introduced the system of labeling stars with Greek letters that remains in use today (see Bayer designation). He was less successful, however, in his attempts to reform the names of constellations. His posthumously published Coelum stellatum christianum (1627) proposed replacing their heathen labels with biblical ones, but scholars continued to prefer such traditional names as Cassiopeia and Argo to his suggested Mary Magdalen and Noah's Ark.