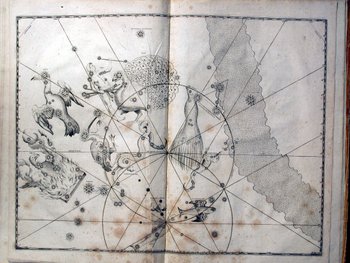 The Bayer constellations are twelve constellations in the southern hemisphere that were first described by Johann Bayer in his 1603 star atlas Uranometria. They are Apus (the Bird of Paradise), Chamaeleon, Dorado (the Goldfish), Grus (the Crane), Hydrus (the Lesser Water Snake), Indus (the Indian), Musca (the Fly), Pavo (the Peacock), Phoenix (the Firebird), Triangulum Australe the Southern Triangle, Tucana (the Toucan), and Volans (the Flying Fish).