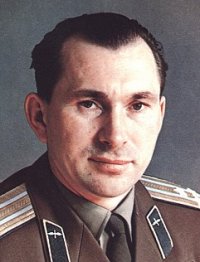 Pavel Belyayev was a Soviet cosmonaut and air force and naval pilot who flew aboard Voskhod 2 in March 1965. While the flight was in orbit, the copilot. Aleksei Leonov, became the first man to walk in space. The flight only lasted a day due to a failure of the automatic guidance system. Belyayev was selected for the space program in 1960, having had nearly 15 years experience as a military pilot. He was originally scheduled to fly on the Vostok 8 mission into the Van Allen radiation belt, but this was cancelled. He succumbed to a long stomach illness on January 10, 1970, becoming the first spaceman to die of natural causes.