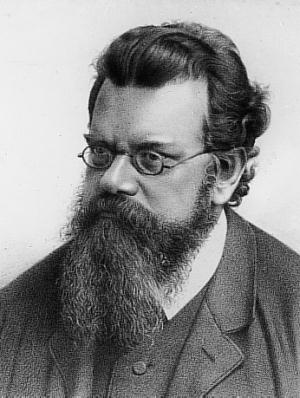 Ludwig Boltzmann was an Austrian physicist who helped to establish the foundations of statistical mechanics and who was acclaimed for his major contribution to the kinetic theory of gases. His statistical research into the velocity distribution of gas molecules extended the ideas of James Clerk Maxwell.

Boltzmann's general law said a system will approach a state of thermodynamic equilibrium because this is the most probable state. He introduced the Boltzmann equation in 1877 relating the kinetic energy of a gas atom or molecule to temperature. The formula involves the gas constant per molecule called the Boltzmann constant. In 1884 he derived a law, often termed the Stefan-Boltzmann law, for blackbody radiation discovered by his Viennese teacher, Josef Stefan (1835–1893). After being attacked for his belief in the atomic theory of matter, Boltzmann committed suicide.