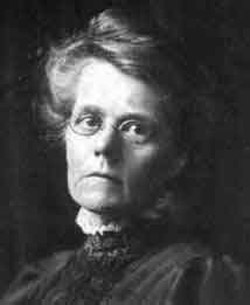 Alicia Boole was the third daughter of George Boole and an important mathematician in her own right. At the age of 18, she was introduced to a set of wooden cubes devised by her brother-in-law Charles Hinton as an aid to visualization of the fourth dimension. Despite having had no formal education, she surprised everyone by becoming adept with the cubes and developing an amazing feel for four-dimensional geometry. She introduced the word "polytope" to describe a four-dimensional convex solid, and went on to explore the properties of the six regular polytopes and to make 12 beautiful card models of their three-dimensional central cross-sections. She sent photographs of these models to the Dutch mathematician Pieter Schoute (1846–1923), who had done similar work and with whom she subsequently published two papers. The models themselves are now housed in the Department of Pure Mathematics and Mathematical Statistics at Cambridge University.