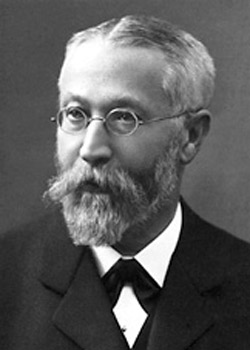 Ferdinand Braun was a German physicist who shared the 1909 Nobel Prize in Physics with Guglielmo Marconi for his discovery that certain crystals could act as rectifiers, and for his proposal that these could be used in (crystal-set) radios and wireless telegraphy. From 1895, Braun was professor of physics and director of the Physical Institute, Strasbourg. In 1897 he invented the oscilloscope, using a cathode-ray tube known as the Braun tube, the forerunner of the television tube.