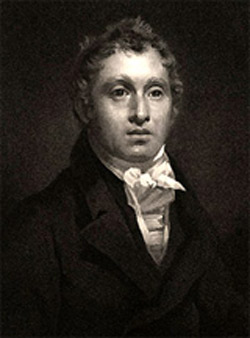 David Brewster was a Scottish physicist and elder of the Free Church who discovered Brewster's law in optics (see below) and did much to popularize science in 19th-century Britain.

Brewster was the staunchest opponent of the antipluralist views expressed by William Whewell. He was a close friend of Thomas Chalmers and shared his views on the ubiquity of life in the universe grounded in natural theology. His review of Whewell's Of the Plurality of Worlds: An Essay is extraordinarily hostile, containing phrases such as "too ridiculous even for a writer of romance" and "utterly inept and illogical." Brewster's own book, More Worlds than One: The Creed of the Philosopher and the Hope of the Christian1 (1854), which was read more widely even than Whewell's Essay, argued for an uncompromising brand of pluralism designed to reveal the cosmic glory of God and his works. Every star has a planetary system like our own, every planet has life, even the Sun and Moon are inhabited, he maintained.

Brewster's law states that the maximum polarization of a ray of light reflected from a transparent surface occurs when the reflected and refracted rays are at right angles.

1. Brewster, David. More Worlds Than One: The Creed of the Philosopher and the Hope of the Christian. New York: Robert Carter and Brothers (1854).