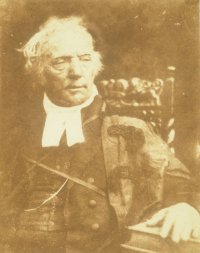 Thomas Chalmers was a Scottish Presbyterian minister and powerful evangelical orator, well versed in science and philosophy, who had a significant impact on the debate about pluralism in the nineteenth century. Following an invitation by Brewster to contribute to the Edinburgh Encyclopedia, Chalmers began to explore the relationship between Christianity and extraterrestrial life (see Christian doctrines and pluralism). This formed the subject of seven influential sermons he delivered in Glasgow in 1815 and which were published in 1817 as A Series of Discourses on the Christian Revelation Viewed in Connection with the Modern Astronomy. In Britain and America, the sermons sold by the tens of thousand, editions continuing to appear in the US until 1860 and in the UK as late as the 1870s. Chalmers wrote "... there are other worlds, which roll afar; the light of other suns shines upon them ..." These extrasolar planets, he urged "must be the mansions of life and intelligence." Chalmers saw the abundance of life in the universe as a reflection of God's generosity and power (see principle of plenitude). To the question of how God could care for the Earth in a universe teeming with worlds and life, Chalmers replied with his microscope argument. Concerning the redemption, he suggested, just as Christ's redemptive action has extended over time on Earth, so it may extend over the vastness of space. The Earth, he proposed, might be "the actual theatre of a keen and ambitious contest amongst the upper orders of creation" (a theme later taken up by C. S. Lewis and others in science fiction). His command of contemporary astronomical knowledge made his evangelical pronouncements all the more persuasive, and the effect of his sermons was to help convince many that pluralism could indeed be reconciled with Christianity.