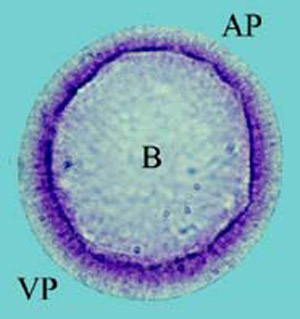 Fig 1. A late blastula characterized by a single layer of cells surrounding the central hollow area – the blastocoel (B). The blastomeres at the vegetal pole (VP) are taller than those at the animal pole (AP), making the vegetal pole appear slightly thicker. Photo: University of Guelph. 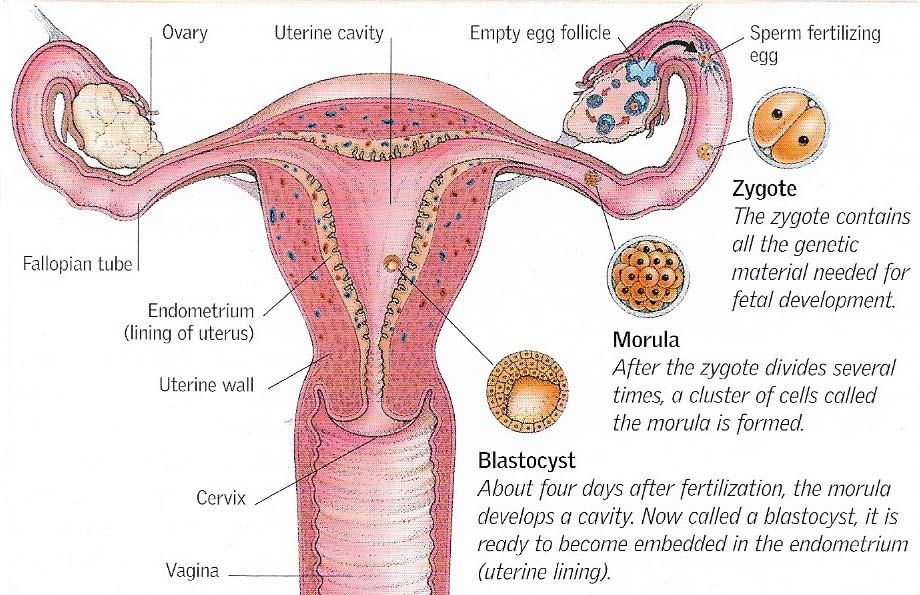 Fig 3. After fertilization in the fallopian tube, the nuclei of the sperm and egg fuse to form a new cell. This cell, the zygote, contains 46 chromosomes, 23 from each of the parent cells. As it travels to the uterus, the zygote divides, forming a cell cluster (the morula) by about three days after fertilization. The morula develops a cavity and is now known as a blastocyst, which will become the embryo.

A blastula is a stage of embryonic development of animals near the end of cleavage (cell division), but before gastrulation (Fig 1). In animals where cleavage involves the whole egg, the blastula usually consists of a hollow ball of cells (blastomeres) surrounding a fluid-filled central cavity, the blastocoel. In mammals a similar cluster of cells, the blastocyt is formed, with an inner cell mass and a spherical envelope that develops into the placenta.

The blastocoel is the fluid-filled cavity formed within the mass of cells of the blastula of many animals during the later stages of cleavage.

A blastomere is an undifferentiated cell of a cleaving embryo, and of the morula and blastula stages of embryonic development.