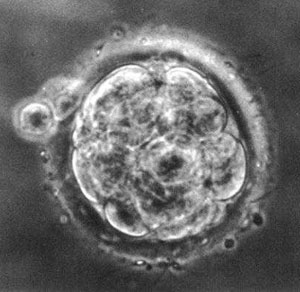 Fig 2. Notochord and other anatomical features of a primitive chordate.

The archenteron is a cavity that forms in the very early embryo as the result of gastrulation. In humans, it forms a tubular cavity, the archenteric canal, which connects the amniotic cavity with the yolk sac.

In embryology, cleavage is a progressive series of cell divisions by which a fertilized egg is transformed into the earliest embryonic stage of the blastula. The egg is divided into blastomeres (smaller cells), each containing a diploid number of chromosomes. In mammals, the second division is generally at right-angles to the first and the third at right-angles to the previous two.

Embryology is the study of the development of embryos of humans and other animals, based on anatomical specimens of embryos at different periods of gestation. The development of organ systems may be deduced and the origins of congenital defects recognized, so that events liable to interfere with development may be avoided. Embryology may reveal the basis for the separate development of identical cells and for control of growth. The anatomy of an organism may be better understood and learnt by study of embryology.

The principal embryologists of past ages have included Aristotle; William Harvey and Marcello Malpighi in the seventeenth century; and Karl Ernst von Baer in the nineteenth century.

The endoderm is one of three so-called germ layers of tissue formed in the early development of a fertilized ovum (egg). It is the innermost layer of the blastula and later differentiates into the epithelium of the liver, pancreas, gastrointestinal tract, and respiratory system. Other germ layers are the ectoderm and mesoderm.

Gastrulation is the formation of a gastrula from a blastula. Gastrulation is a phase in the embryonic development of most animals. It consists of a complex and coordinated series of cellular movements which occurs at the end of cleavage. The details of these movements vary among species, but usually result in the formation of an embryonic stage called a gastrula. The gastrula has two primary germ layers, the ectoderm and endoderm in diploblastic animals, and three primary germ layers with the development of the mesoderm in triploblastic animals.

Implantation is the earliest stage of embryo development in which the embryo invades the uterus. After fertilization by sperm, the ovum (egg) divides into a small ball of cells, whose outer layer is specialized to invade the endometrium, which is itself prepared for implantation. The interface between embryo and endometrium develops into the placenta.

The term is also used to refer to the placing of drugs, prosthetics, or grafts in the body for treatment of disease.

A life cycle is the sequence of stages in the development of an organism from its formation to the creation of its offspring. It is followed by death. In organisms that reproduce sexually, formation corresponds to the fusion of sex cells (gametes) from the parents. The resulting zygote develops into an organism similar to the parents, which goes on to mature and produce new gametes that create the next generation.

In organisms that reproduce asexually (see asexual reproduction), formation occurs either through fission (simple division), budding, or vegetable reproduction. In plants, there is an alternation of generations in which the plants (gametophyte) generation differ from the spore-forming (sporophyte) generation.

The mesoderm is one of three so-called germ layers of tissue formed in the early development of a fertilized ovum. It is the middle layer of the blastula and later gives rise to muscles, bones, blood, connective tissue, the heart and many other internal organs. The mesoderm is not found in sponges and cnidarians. Other germ layers are the endoderm and ectoderm.

Morphogenesis is the developmental evolution of the whole or a part of an embryo; the sequence whereby complex microcosm-macrocosm interchanges occur which further develop the microcosm's given form or structure. For example, the maturation of an adult mammal from a fertilized ovum, biological evolution, human learning, and societal development.

The morula is an early stage in the development of the embryo in animals when the cells are in the process of splitting before the blastula stage. It consists of a number of blastomeres, the cells formed from the fertilized ovum as a result of cell division (Fig 1).

Neoteny is the retention of larval characteristics by an organism that has reached sexual maturity. Neoteny is evident in the retention of gills, as in some salamanders, the best known example of which is the axolotl of the western United States and Mexico; it also plays an important part in the life cycle of many invertebrates. An entire order of tunicates (sea squirts), the Larvacea, is permanently larval, never reaching a typical adult form. Several times, the development of neotenic larvae may have been important in the course of evolution.

The neural plate is a flat region of embryonic ectodermal cells, which lies directly above the notochord. It is the first-formed embryonic rudiment of the vertebrate central nervous system. During neurulation, the cells of the neuroectoderm change shape, so as to produce an infolding of the neural plate (the neural fold), which then seals to form the neural tube.

The notochord, a characteristic of chordates, is a stiff rod of tissue along the back of the body which is the first stage in the development of a flexible internal skeleton (Fig 2).

All chordates possess a notochord at some time during their lives. Though replaced by cartilage or bone in the adult vertebrate and absent in the adults of other chordate groups, e.g., tunicates, it is well developed in the embryos and larvae of all these groups, confirming evolutionary relationships within the class.

An oocyte is a cell in the ovary that undergoes meiosis to form an ovum. Primary oocytes develop from oogonia in the fetal ovary as they enter the early stages of meiosis. Only a fraction of the primary oocytes survive until puberty, and even fewer will be ovulated. At ovulation the first meiotic division is completed and a secondary oocyte and a polar body are formed. Fertilization stimulates the completion of the second meiotic division, which produces a second polar body and an ovum.

The nucleus of a mature oocyte, prior to fertilization, is called a germinal vesicle. It is considerably larger than the nucleus of other cells.

In botany, the oogonium is the female sex organ of certain algae and fungi, containing one or more oospheres.

In zoology, an oogonium is a cell of an animal ovary which undergoes repeated mitosis and eventually gives rise to oocytes.

In a developing embryo, the perichondrium is the membrane surrounding the cartilage that eventually becomes bone. It is well supplied with blood vessels and is the source of osteoblasts (bone-building cells) that invade the embryonic cartilage and lay down the hard bone matrix.

A polar body is a structure produced when an early egg cell, or oogonium, undergoes meiosis. In the first meiosis, the oogonium divides its chromosomes evenly between the two cells but divides its cytoplasm unequally. One cell retains most of the cytoplasm, while the other gets almost none, leaving it very small. This smaller cell is called the first polar body. The first polar body usually degenerates. The ovum, or larger cell, then divides again, producing a second polar body with half the amount of chromosomes but almost no cytoplasm. The second polar body splits off and remains adjacent to the large cell, or oocyte, until it (the second polar body) degenerates. Only one large functional oocyte, or egg, is produced at the end of meiosis.

A somite is any of the paired segmented divisions of mesoderm that develop along the length of the early embryo. The somites differentiate into voluntary muscle, bones, connective tissue, and the deeper layers of the skin.

Spermatogenesis is the process by which sperm are formed. Sperm (spermatozoa) are produced by a series of cell division that take place in the seminiferous tubules of a male animals testes. Initially, germ cells divide to produce spermatogonia, which further divide by mitosis to form primary spermatocytes. Each primary spermatocyte then divides by meiosis, a cell division peculiar to the reproductive organs, to form two secondary spermatocytes, each containing half the full number of chromosomes. These finally divide yet again by meiosis to form spermatids, which then mature into spermatozoa.

The yolk sac, also called the vitelline sac, is the membranous sac, composed of mesoderm lined with endoderm, that lies ventral to the embryo. It is one of the extraembryonic membranes. Its initially wide communication with the future gut is later reduced to a narrow duct passing through the umbilicus. It probably assists in transporting nutrients to the early embryo and is one of the first sites where blood cells are formed.