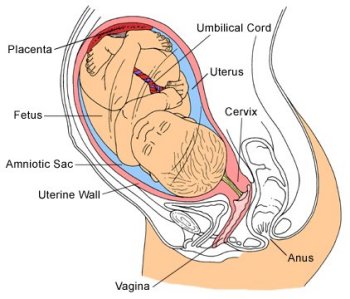 Fig 2. The placenta and embryo at 8 weeks of pregnancy. Image credit: Merck.

The amniotic sac is the membranous bag, within the uterus, which surrounds the developing embryo and later the fetus, and fills with watery amniotic fluid as pregnancy advances (Fig 1). It is made up of two membranes, the inner amnion and the outer chorion.

Amnions occur in mammals, birds, and reptiles, which are for this reason called amniotes. All land-laid eggs contain amnions; those of fish and amphibians do not, and thus must be laid in moist surroundings or water.

The chorion is the outer of the two membranes that surround the embryo (Fig 2). It lies outside the amnion and is formed from trophoblast lined with mesoderm and becomes closely associated with the allantois. The blood vessels (supplied by the allantois) are concentrated in the region of the chorion that is attached to the wall of the uterus and develops into the placenta.

A chorion is found in the embryonic system of mammals, birds, and reptiles, and the insect egg. In birds it is the moist lining between the shell and the allantois (the organ for gaseous exchange).

Amniotic fluid is the clear fluid (commonly called the "waters") that surrounds the fetus in the uterus throughout pregnancy. The fluid is contained with the amniotic sac.

The fetus floats in the amniotic fluid and, in the early months of pregnancy, can move about freely. The amniotic fluid cushions the fetus against pressure from internal organs and protects it from any injury from the mother's movements.

The fluid is produced by the cells that line the amniotic sac and is constantly circulated. It is swallowed by the fetus, absorbed into its bloodstream, and then excreted by the fetal kidneys as urine. Amniotic fluid is 99 percent water. The remainder consists of dilute concentrations of the substances found in blood plasma, along with cells and lipids that have flaked off from the fetus.

Amniotic fluid appears during the first week after conception and gradually increases in volume until the tenth week when the increase becomes very rapid. By 35 weeks' gestation the volume of fluid is about one liter. Thereafter it slowly declines until it is just over half a liter at term, though there is a wide variation between individuals.