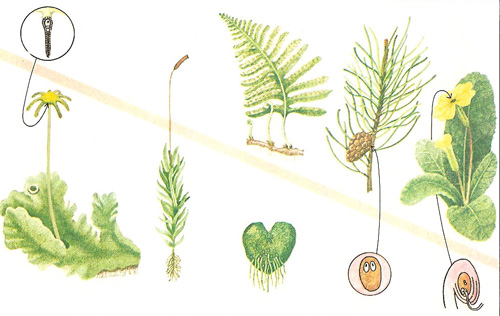 Alternation of generations is a feature of the life cycle of most plants and many lower animals by which successive generations reproduce alternately sexually and asexually.

In animals the feature is exhibited by flukes, tapeworms, and other cnidaria, including the common jellyfish (Aurelia aurita) and the sea fir Obelia.