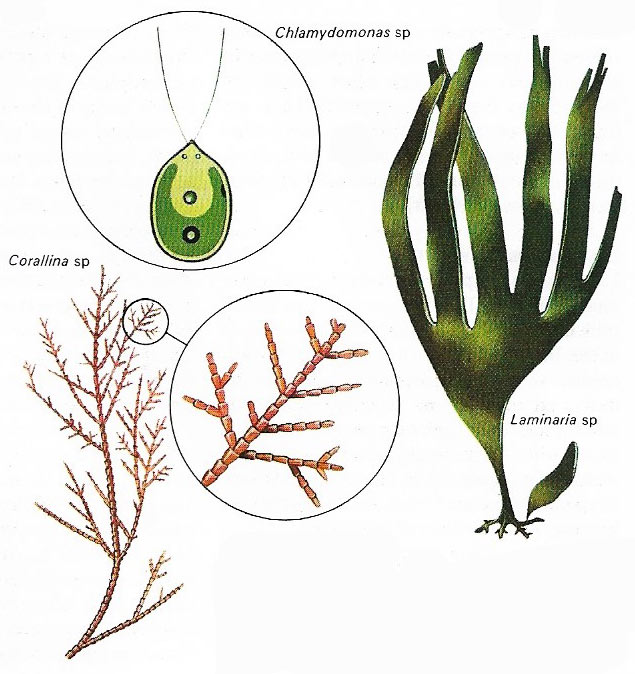 Fig 1. Algae vary in size from single-celled plants such as Chlamydomonas, visible only under a high-powered microscope, through the medium-sized Corallina sp to giants such as Laminaria, tens of meters in length.. 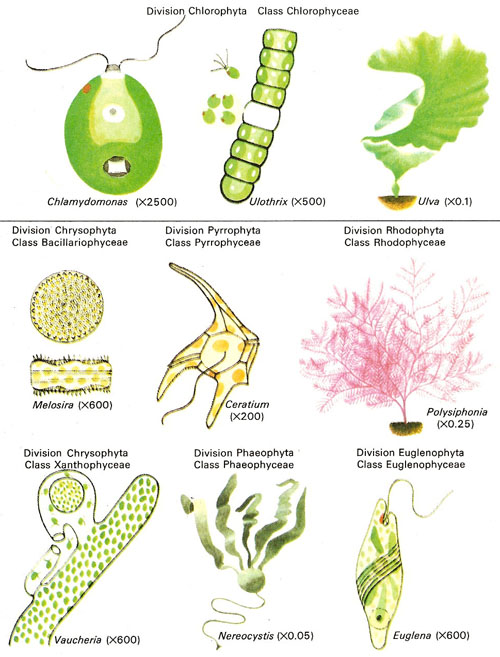 Fig 2. Representatives of the major division of algae.

Algae form a large, diverse group of simple photosynthetic organisms, all of which are eukaryotes and classified as protists. They occur in aquatic (salt and freshwater) environments or in moist locations on land. The body of an alga may be unicellular, or multicellular in the form of filaments, ribbons, or plates. They range in size from microscopic to more than 45 m (150 ft) long in the case of giant kelps (Fig 1).

Algae can be separated into seven major divisions (Fig 2), primarily on the basis of pigmentation (although there are other ways of categorizing them). So-called blue-green algae are prokaryotes and not true algae at all; instead they are bacteria of a type known as cyanobacteria. Green algae (division Chlorophyta) are found mainly in freshwater and may be single-celled, form long filaments (like Spirogyra) or a flat-leaf mass of cells called a thallus (like the sea-lettuce, Ulva lactuca). Golden-brown algae (division Chrysophyta) also include the diatoms. Brown algae (division Phaeophyta) include the familiar seaweeds found on rocky shores. Red algae (division Rhodophyta) are found mostly in warmer seas and include several species of economic importance. Desmids and dinoflagellates (both in division Pyrrophyta) are single-celled algae and are important constituents of marine plankton. Yellow-green algae and chloromonads (division Xanthophyta) are mainly freshwater forms, mostly unicellular and nonmotile. Motile unicellular algae such as Euglena (division Euglenophyta) nevertheless mostly contain chlorophyll and can synthesize their own food.

Algae occur in almost all possible habitats to which adequate light penetrates. They may color permanent snow and ice fields red or green, may multiply rapidly in small temporary puddles (thus often giving rise to stories of colored rain) and have been found in hot springs at temperatures of up to 85° (185°F). They abound in brackish and marine waters and are found even in saline pools where the salts are crystallizing out. Although the smaller forms are individually inconspicuous, they may multiply rapidly enough to color the water. Such water blooms may cause fish and other aquatic organisms to suffocate, taint drinking water, and poison the waters with powerful toxins.

Some algae remain suspended in the upper layers of the water and together with small drifting animals form the plankton that is a rich food source for higher animals. Others, which are known as benthic forms, occur on or among bottom deposits or become attached to plants and animals on the bottom. These are limited in development by their need for adequate light for photosynthesis, but in very clear waters may be found at depths of as much as 200 m (656 ft). The richest concentrations occur just below the level exposed to air by receding tides, but a wide variety of species live between tides, often forming distinctive zones at different levels characterized by the species.

Algae also inhabit non-aquatic regions. Large numbers grow in the upper layers of soils (even in deserts), on buildings, trees and other terrestrial plants, and even in animals such as some sponges, flatworms, and shellfish. Algae even grow on corals, where they play a fundamental role in the immense productivity of coral reefs.

Algae in both marine and freshwater plankton are important as the basis of food chains. Many of the larger algae are important to man; for example, the red algae Porphyra and Chondrus crispus are used as foodstuffs. Gelidium, another red alga, is a source of agar, and the kelps (such as the giant kelp Macrocystis) produce alginates, one use of which is in the manufacture of ice cream. Other uses of algae are in medicine and as manure.