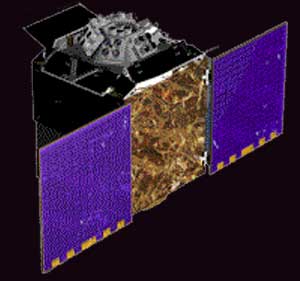 CATSat (Cooperative Astrophysics and Technology Satellite) was to have been a small scientific satellite developed jointly by the University of New Hampshire and the University of Leicester, England, through the USRA (Universities Space Research Association)/NASA STEDI (Student Explorer Demonstration Initiative) program. It was to have studied the origin of gamma-ray bursters from a 550-km circular polar orbit and had been scheduled for launch in December 2001 aboard a Delta 7310 alongside ICESat. However, the mission was cancelled before launch.