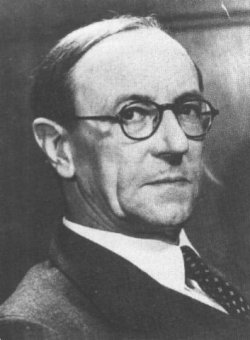 James Chadwick was a British physicist who discovered the neutron and worked on the development of the atomic bomb. Chadwick investigated radioactivity with Ernest Rutherford at the Cavendish Laboratory, Cambridge. In 1920 Rutherford had predicted a particle without electric charge in the atomic nucleus, and in 1932 Chadwick proved the neutron's existence and calculated its mass. For this he was awarded the 1935 Nobel Prize in Physics.

Chadwick established a school of nuclear physics in Liverpool, constructing Britain's first cyclotron there in 1935. During World War 2, he moved to the United States to head British research for the Manhattan Project to develop the atomic bomb.