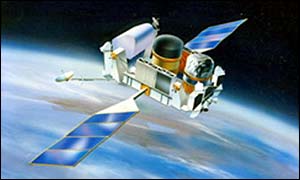 The Compton Gamma Ray Observatory (CGRO) is the second of NASA's Great Observatories and the heaviest astrophysical payload ever flown at the time of its launch. CGRO was named after the American physicist Arthur Holly Compton and carried four instruments that covered an unprecedented six orders of magnitude in energy, from 30 keV to 30 GeV. In this energy range CGRO improved sensitivity over previous missions by a full order of magnitude and, during nine years of service, revolutionized our understanding of the gamma-ray sky. Following the failure of one of its three gyroscopes, NASA decided to de-orbit the spacecraft and it reentered on June 4, 2000.