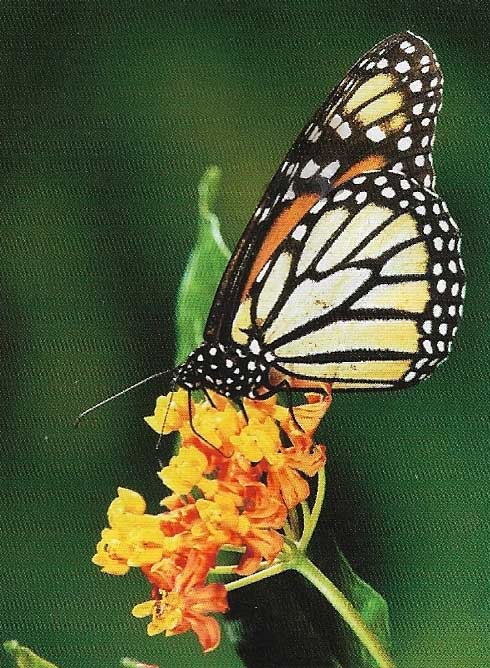 According to the butterfly effect theory, a butterfly flapping its wings in China can lead to unpredictable changes in U.S. weather a few days later..

Chaos is a phenomenon shown by some dynamical systems, which consists of a curious, infinitely complex pattern of behavior that lies just beyond the edge of total order. A system is chaotic if it is predictable in principle and yet is unpredictable in practice over long periods because its behavior depends very sensitively on initial conditions. Despite this unpredictability, however, there are certain constants, such as Feigenbaum's Constant, and certain structures, such as chaotic attractors, that are fixed and susceptible to analysis. The weather, the movements of a metal pendulum moving over fixed magnets, and the orbits of closely-spaced moons are all examples of chaotic systems. Although the ideas behind modern chaos theory were actively studied at some level throughout most of the twentieth century, the word as a mathematical term dates only from an article in American Mathematical Monthly in 1975 called "Period Three Implies Chaos."

In everyday language chaos has come to mean the exact opposite of order. But the Greek root khaox means "empty space," specifically the primordial emptiness that in Greek cosmogony existed before anything else came into being, and this meaning still persists in archaic usage where it refers to a canyon or abyss. Later this notion of emptiness was superceded and chaos came to refer to an aboriginal state of confusion. In this sense, Paracelsus applied the term to describe air, hence the modern term gas. The evolution of the word to mean disorder before the forces of creation filled the emptiness and established order led to chaos in the mathematical sense, as an unexpected third state: a deterministic system subject to simple rules that nevertheless displays infinitely complex behavior.

American mathematician Edward Lorenz (1917–2008) noticed, as many had before him, that the long-term weather forecasts of meteorologists were rarely accurate. He asked himself why major events such as hurricanes in the Atlantic should be so difficult for scientists to predict. His answer to this question has become known as "the butterfly effect."

Lorenz imagined a butterfly fluttering around in a rain forest. With each beat of its wings, the butterfly stirs the air, creating a minuscule but measurable change in the atmosphere. According to Lorenz, such a tiny input could make the difference between a storm gathering or not, because weather systems are extremely sensitive to small changes in input. A minute alteration in atmospheric conditions in May could result in a vast difference in the weather experienced in June, by tipping the evolution of the weather system in one direction or another. In a sense, a flap of a butterfly's wings could trigger a hurricane. And this was what made weather so difficult to predict. Since it was impossible to establish exactly the movements of every butterfly – the "butterfly" standing for any of the vast number of factors of all kinds influencing the system – it was impossible to accurately predict the outcome. Systems such as weather were labelled "chaotic" because, although not random, they could not be reduced to a clear chain of causes and effects.

The butterfly effect is a scientific version of an age-old paradox about trivial causes, potentially having disproportionately large effects – as when the seventeenth-century French thinker Blaise Pascal argued that the shape of Cleopatra's nose may have radically altered the whole course of human history. It has been important scientifically as a stimulus to the development of novel techniques for describing the behavior of chaotic systems.