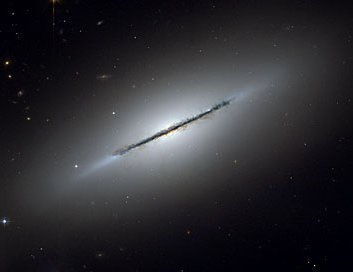 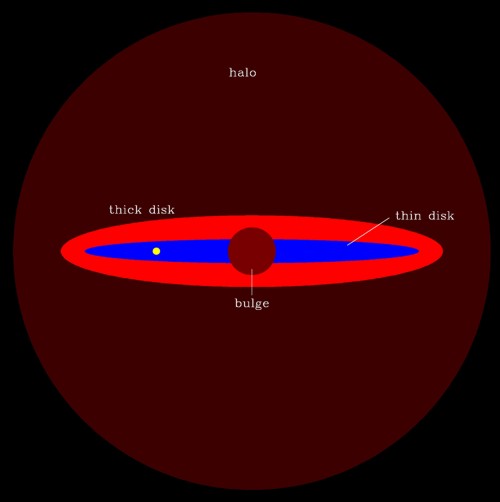 In astronomy, the term "disk" may be applied to a flattened, circular region of gas, dust, and/or stars. It may refer to material surrounding a newly-formed star (see protoplanetary disk), material accreting onto a black hole or neutron star (accretion disk), or the large region of a spiral galaxy containing the spiral arms.

A disk is also the apparent circular shape of the Sun, a planet, or the Moon when seen in the sky or through a telescope.

A disk galaxy is a galaxy with a prominent wide, thin disk of stars (see Figure 1). This description applies to spiral galaxies (including barred spirals) and lenticular galaxies, but not to elliptical galaxies, dwarf spheroidals, and some peculiar galaxies.

Beyond the limits of the Galaxy's thick disk is the galactic halo.