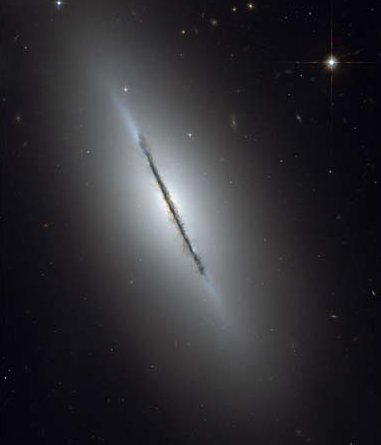 A lenticular galaxy is a galaxy with a central bulge and disk but apparently lacking spiral arms and substantial amounts of interstellar material. Lenticular galaxies are so named because of their lens-like appearance when seen edge-on. In the Hubble scheme of galaxy classification, lenticulars are known as S0 galaxies and are intermediate in form between spiral galaxies and ellipticals.